I have been blessed with a job that allows me to listen to podcasts while I work, and am just blown away by Matt Swaim and Ken Hensley‘s work on ‘The Journey’. I never knew how much baggage I carried in the form of believing that things like private interpretation of scripture, and how the absence of knowledge from the early church and what the church fathers taught and believed, had blinded me theologically.

Among other denominations, I would say that I was most impacted by Calvary Chapel and their verse by verse expositional method of going through scripture, so this whole concept of that being a good thing but… there’s more, really caught me by surprise. Along the way they described what I had experienced in de-centralized church structure in that they started off white hot, grew exponentially revolving around a single leader (e.g Chuck Smith for Calvary Chapel Costa Mesa, or your local pastor wherever you went to a CC church), but then disintegrated with the passing of leaders.

Or when other denominations, lacking 2,000 years of church tradition and the Magisterium began caving to the winds sweeping through the secular world as causes such as marriage, social justice and Marxism began finding places above what once was much more solid biblical teaching. I grew up Presbyterian, so to watch that church splinter and  surrender to the aforementioned priorities just drove me to a more fundamentalist type of church (first Baptist and eventually Calvary Chapel, and finally non-denominational church hopping).

So now hearing that the Catholic Church not hasn’t compromised it’s beliefs and traditions, and won’t, you have to imagine how happy I became when I learned that most of what I believed about Catholics were distortions at best, but by in large simply wrong. I feel a sense of peace, coming home if you will, in knowing the beauty the Church has been there all along, and with eyes now wide open I stand here in simple awe and with a heart filled with thanks.

Sorry for the long mushy post, but it really is how I feel and can’t tell you all how much this has and is changing my faith and my outlook on my future within the Catholic Church. 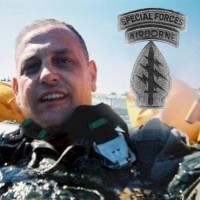